What is the most common misconception you have about wind turbines?

The First Misconception is Blades being not Recycling

Many people and exactly those who are against the idea of wind energy are asking what happens to those huge blades of wind turbines after their working lives are over? Many in the renewable energy industry are looking to turn the potential landfill problem into a profitable recycling opportunity.
The reason is that the first generation wind turbines used since the 1980s are currently being replaced by newer types. Some old wind turbines can be renewed and installed elsewhere. Most of these turbines have components made from precious metals and are easy to recycle if the machine is beyond repair. But the biggest concern is plastic, carbon fiber, and petroleum-based compounds in the blades – because the size of the blades that are disposed of will increase in the coming years.
Washington State University has joined Global Fiberglass Solutions, an American company in Washington State, to recycle disassembled turbine blades by dismantling them, into new composite materials that have a variety of commercial and industrial uses.
European institutions are also looking for solutions. The German recycling plant  Zagons Logistic It is currently the only factory operating in the world – by recycling blades into cement materials.
Nearly 80 percent of disassembled old wind turbines are sold for reuse elsewhere, but that will change with the demolition of existing wind farms Their blades are not as solid as newer and will need recycling.  The National Science Foundation donated approximately  2 million Dollars to universities in Massachusetts and Kansas to develop biodegradable materials from sustainable sources to manufacture turbine blades. If the idea succeeds, there will be nothing to oppose the use of wind turbines, and there will not be room for opponents, and then truly environmentally friendly wind turbines will emerge.

The Second Misconceptions is Wind Turbines kill Birds and Bats 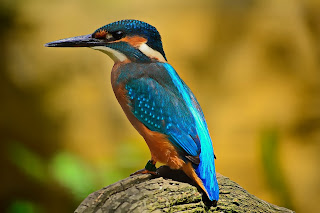 For many of us, wind power, a feasible source of energy that costs far less than nuclear and coal power, and contributes almost no pollution to the atmosphere, seems almost perfect.

But there are some people who disagree and are fighting to install new wind turbines in the U.S.
They cite bird mortality as an unacceptable wind-generated side effect. We intend to save large numbers of birds from death at the blades of enormous wind turbines through litigation and demonstrations against the pending legislation.

13.7 Million Birds Are Dying Every Day in the U.S

The causes of these deaths, of course, are varied; according to a government-led study, millions of birds die of ‘natural’ causes, but there are plenty of factors that keep them from that demise, many of which are near to home. One report indicates that rural cats kill as many as 39 million birds a year in the US alone.

Human activity, however, remains the leading cause of death for birds.

According to a New York Times article :

Scientists estimate that at least 100 million and perhaps as much as a billion birds die each year in the US when they collide with buildings, particularly skyscrapers covered with glass or illuminated. And, in a new report, conservationists now have a better idea of which American cities are the most deadly for the wings.

European studies; According to fish and wildlife service :

The number of birds killed by collision with wind turbines is incomparable with other numbers. So when we read the statistics of wildlife organizations like fish and wildlife showing that Collisions with wind turbines account for about one-tenth of a percent of all « unnatural » bird deaths in the United States each year. And of all bird deaths, 30 percent are due to natural causes, like baby birds falling from nests.

So why the misconceptions that label wind turbines? So why is all this objection even though we do not see a negative impact of the turbines on wildlife, nature, and the climate as well, and in return, we see the great negative impact of other energies on the environment and on the lives of wild and marine species

So what we conclude is  Wind energy and birds: The two can co-exist, but only if turbines are sited properly we agree with this point and birds protectins services are working with wind turbine companies eliminate threats” and “conserve habitats.” and we should not forget also the advantages of these machines.

Advertisements CONFINED SPACES; DEFINITION  & RELATED RISKS   #1-WHAT IS A CONFINED SPACE?   Confined spaces are generally cramped occasional workspaces, used only for repair, maintenance, control of installations and equipment, totally or partially closed, with restricted means of access. An environment is considered as confined spaces any enclosure whose natural ventilation is deficient, in which one…

Advertisements The need for wind energy in the energy system is to replace fossil fuel-based electricity generation to combat climate change on a global scale, but also to mitigate environmental concerns which are more on a regional or a local scale, which is associated with. Fossil fuel-fired power plants emission of particles, nitrogen oxides, or…

Advertisements The end of the energy transition  Wind energy plays a crucial role in saving the climate, so starting next year, thousands of wind turbines will be turned into scrap. The number of turbines that will stop working and be recycled will be much greater than those that will be manufactured. Sovereigns submit to the…

Advertisements Wind Energy in the Middle East The wind is an important source for generating clean energy, and although most Arab countries in the Middle East do not have strong wind speeds, they depend mainly on solar energy because most of this region has high solar radiation during the year, but some countries, such as…