Skip to content
A Big project will start in Algeria

The Purpose behind the  Desertec Project is to be a vast network of solar power plants in the Sahara Desert. Unlike decentralized solar panels on roofs that provide solar energy to individual houses, Desertec is a project with a much wider scope. 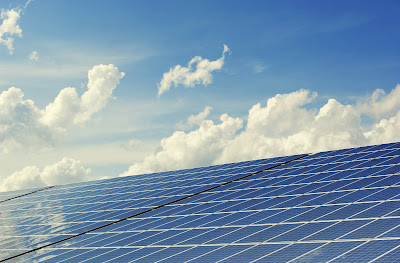 His perception is massive solar power plants spanning a vast area of ​​land. CSP uses thousands of mirrors to focus a large area of ​​sunlight on a steam engine. Transmission cable networks will head north to power entire cities and countries. Millions of gallons of water will be used to wash the desert dust from paintings and mirrors.

The project, as mentioned, includes the construction of a huge connected network of mirrors to convert the sun’s rays into thermal energy, which heats a special oil used in the operation of steam turbines to generate electricity. Electricity will then be transferred to Europe via the high-pressure power line that currently exists between it and North Africa. The project could provide about 15 percent of the continent’s electricity needs. It is expected to get 20 gigawatts (GW) by 2020 and 100 gw by 2050. A meeting was held in Munich on July 13, 2009, to develop a final plan for the implementation of the project.


In July 2013, the non-profit Desertec Corporation separated from the other nineteen (19) partners in the industrial initiative, citing that it was “no longer comfortable with the business objectives expressed by the participating parties” in the project. A few days later, Aglaia Villand, Executive Director of the Desertec Industrial Initiative, one of the biggest promoters of the idea of ​​exporting alternative energy to Europe, was removed from his post and Director-General Paul von Son took the leadership of the company alone. Who stated that the project was focusing four years ago on importing energy from North African countries, and now this way of thinking has been abandoned. The non-profit organization of the Desertec has now enjoyed strong support from the Government of Germany, while the Desertec Industrial Initiative includes many multinational companies.

Pakistan, A new plan to build more renewable energy facilities Pakistan has recently initiated a plan to commence the installation of fresh solar and wind plans which will increase its capacity to generate clean energy to about twenty percent. The plan has been necessitated by the need to reduce its reliance on conventional energy sources…

One of the largest energy projects on the globe is in India!  Specifically South India. 2.5 million solar panels. The total output is 648 MW of power. 574 Inverter to convert DC to AC. More than 6000 km of cable carrier. More than 150 high-pressure electrical transformers. Area:10 square kilometers. Energy issue has become a…

Solar Energy In Egypte   The largest gathering of solar energy stations was opened in the Banban area of ​​the Egyptian Aswan Governorate.Solar panels cover a very large area in a desert region so much so that it has a clear view of space. This area is part of the Benban complex for the production…