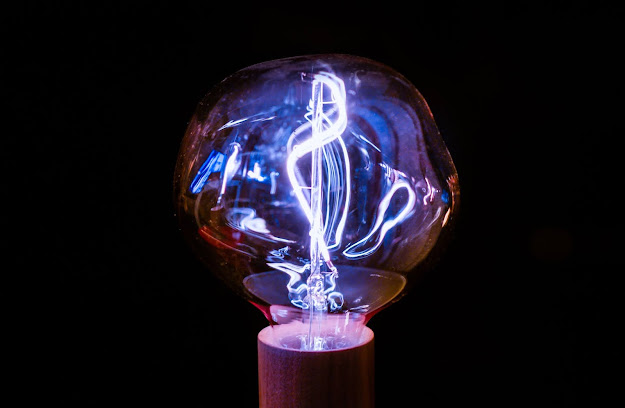 There are many scientists in the field of solar energy and we chose in this article three of the most common Arab scientist the first one is from Egypt and the second one is from Irak and the third is from Algeria Algeria and they are all working in the USA.

Dr.Karam is vice president of advanced technology products and chief technical officer for Boeing – Spectrolab Research and Development. He received his Ph.D. in Materials Engineering from NCSU in 1985. Doctor. Karam and his team are known worldwide for developing multi-link solar cells for satellites and terrestrial applications, and advanced imaging and range sensors and other optical-electronic devices.
The Karam team developed generations of space solar cells, from 19% efficiency in 1997 to more than 35% today. You were honored by having his name put in the NASA Space Technology Hall of Fame in 2004 to develop multi-link space solar cells.

Dr. Mowaffaq Al-Jasim, the most important scientist and director of a research group at NREL. Dr. Al-Jasem has worked at NREL for more than 30 years, from postdoctoral researcher and progression to lead scientist and technical director. His research group contributed greatly to achieving a world record in various photoelectric technologies. Dr. Al-Jassem has more than 500 scientific papers in research journals and conferences and has participated in the planning of many international conferences.
Holds a Master’s in Materials Science, Imperial College of Science and Technology, London, And Ph.D. in Materials Science from Oxford University.

Algerian researcher Belkacem has a passion for his career in the United States of America 444 patents, and is likely to top the “most invented Arabs in America”.

The researcher’s inventions contributed to the development of the functions of the electronic chips directed to the manufacture of smartphones, computers, and other micro-technologies.

Not only did the researcher present his inventions at the “Tessera Technologies” company where he works, which is located in Silicon Valley, California, but rather he presented many other inventions in other countries with a reputation in the electronic industries such as Japan and China.

The latest statistics, periodically provided by the freepatentsonline.com website, indicate that Belkacem Habbah’s patents reached the current year 1296, all of them in the field of electronics and precision technology.

Dr. Raed Bakirat, one of the most famous specialists in the solar energy industry in the MENA region. He recently spent five years leading the business development activities of American First Solar in the United Arab Emirates, where he played a major role in winning large-scale projects of interest and developing strategic partnerships in the MENA region. Before that, Dr. Bakirat was a founding member of the King Abdullah University of Science and Technology.

Yemeni researcher Marwan Mohamed Dhamrin, an assistant teacher at the Faculty of Science at the University of Sanaa and a candidate for a Ph.D. from the University of Tokyo for Agriculture and Technology
His works

Marwan Thamrin, a Yemeni-origin scientist who has submitted many patents for invention among them was a paper before a scientific conference in the Italian city of Milan in 2014, in which he mentioned the possibility of using solar cells to produce electricity directly from sunlight.

This is possible through an electronic device of solar cell panels that uses semiconducting materials to generate electricity directly from light, said Dr. Dhamrin, a postdoctoral research fellow of the Japan Society for the Promotion of Science.

Dr. Dhamrin said in his research that semiconductor materials are key materials in the manufacture of solar cells such as type F silicon chips, noting that his research involves what is called polycrystalline N-type silicon chips, which is a key material in the manufacture of transistors and integrated circuits, including the ability to convert High-efficiency solar cells use silicon as an intermediate and fixed material under sunlight.

In many villages and oases far from cities, the public electricity network connection service may not be available in addition To the possible absence of running water sources such as rivers, lakes, etc. To meet the needs of those residentsThe areas of water, whether used for irrigation, agriculture, drinking, and other uses, depending mainlyOn groundwater…

1 Energy Storage History  In 1600, when William Gilbert, an English physicist, made an extensive study of electricity and magnetism, separating static electricity from the lodestone effect, electricity was transformed from an abstract curiosity into thorough research. Although Alexandra Volta subsequently invented the first voltaic electrochemical battery pile in 1800, this was not until…

Solar Energy; An Alternative Energy Solar energy can be used and is used for electricity, central heating, hot water, cooking, for producing salt, and even for desalination. Solar energy comes from the suns rays. Solar energy is known to be very environmentally friendly. However, when the sun rays enter the earths atmosphere it is quite…

Solar energy is one of the most important sources from which electricity is produced today. Therefore, every day, small and large solar energy projects for solar energy are established in various parts of the world, and this is due to the energy transformation and people’s interest in this clean source of energy sources.In this article,…

Lightning strikes can damage wind and solar power systems. Through the occurrence of a large and harmful increase due to lightning STRIKE, which may afflict and damage many parts of the solar system.   However, lightning strike damage can be prevented. Through some of the technologies that are most cost-effective and that are generally…

In today’s article, we’ll talk about the difference between renewable energy and non-renewable energy. The announced fight against global warming due to greenhouse gas (CO2) emissions and energy, is becoming one of the major challenges of our modern society. To meet this challenge, the ecological and energy transition must enable the transformation of our practices…