Things happened during the pandemic of COVID 19

Corona’s pandemic was considered by many to be a negative thing that caused many deaths, but many positive things happened during that period when people were locked in their homes, and among the things that happened that actually are in our favor all and have positively affected the environment and the lives of all living beings and the future of our beautiful Earth.

A decrease in air pollution in many parts of the world 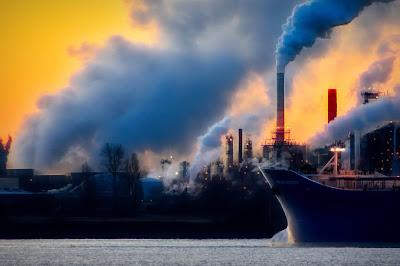 Environmental pollution is the biggest threat to the world, and people’s fears about environmental pollution are mounting day by day, governments are increasing their exploitation of natural resources in a terrible way in order to produce the energy necessary for human life on this earth.


Recently, an epidemic has emerged which has spread around the world and has led to the cessation of most of the activities of the inhabitants of this globe.

The results of this epidemic were in the interest of the environment. After shutting down the coal, gas and oil refineries, shutting down millions of cars, many countries are witnessing climate change and low environmental pollution. Here are some of the results that have occurred.

According to the US space agency, NASA satellite images showed a major decrease in emissions, partially due to the economic recession caused by the coronavirus epidemic. In Wuhan, the epicenter of the Covid-19 epidemic, the concentration of nitrogen dioxide (NO2), produced mainly by vehicles and thermal power plants, decreased dramatically.

After the cessation of part of the Chinese economic activity which had led to the reduction of air pollution, it is the turn of Europe, and more particularly in Italy, Spain and France, that the levels of pollution decrease significantly.
In India

Every winter, New Delhi and other major cities in the north are enveloped in a blanket of smog as farmers burn crop residue. The air appears to clear a little in spring. However, in the first few months of this year, India experienced a substantial decline in certain pollutants.

According to an air quality scientist at the Health Effects Institute in Boston, the lockdown imposed by Prime Minister Narendra Modi on the 1,3 billion people in the country may be a major contributing factor.

The central Department of the air quality of the ministry for the Environment launches that the low pollution rate in Egypt was reached in certain places between 30 and 36%, explaining that this percentage intervened since the beginning of the new Coronavirus crisis, and these indicators confirm the possibility of continuing The ministry is drawing up development plans alongside plans to reduce pollution levels worldwide

Could the decrease in nitrogen dioxide concentrations, which is clearly visible, have a long-term effect on climate change?

Unfortunately not, say the experts. « It is not a temporary reduction in emissions that counts, but a continuous and lasting reduction »

Air pollution also has an impact on the coronavirus

New Release Studies have shown a terrible correlation between high levels of coronavirus victim rates and pollution of the environment(air). Theses studies say that 75 percent of deaths in Europe were in the most polluted cities. this is because we know that the virus attacks the lungs.


An increase in electric vehicle sales

The first quarter of this year witnessed a significant increase in sales of rechargeable electric cars of all kinds, hybrids and entire electrical appliances, by 6.8 percent of sales in the European market, which is a large number compared to last year, according to the report of the European Association of Automobile Manufacturers.

This occurs despite lower overall car sales due to the quarantine caused by the Corona 19 virus.

A decrease in demand for electricity

Global electricity demand decreased by 2.5% in the first quarter of 2020, and the demand for coal and oil decreased by 8% and 5%, respectively. Renewable energy sources were the only source of electricity that recorded demand growth during this period, due to lower operating costs and preferential access to electricity networks.

Advertisements   We often discuss renewable energy and switching to solar power to help preserve our environment, but going eco-friendly life doesn’t have to be that time-consuming and costly, there are little steps that anyone can take to help right now. Altering your routine or doing things a different way than you’re used to can…

Advertisements Have you ever considered how much waste you throw in your trash can and where exactly it goes?  Well, most of us have heard of landfills, but what we haven’t considered is the influence it has on our ecosystem and ourselves. The harsh reality is that these units are full of hazardous material that…