Skip to content
Saudi Arabia and the Gulf states belong to the region, the region with the highest rate of solar radiation in the world, and this helps in the production of electrical energy through solar panels and solar concentrated panels, and therefore the rate of energy production will be the highest in the world in the region if we add oil and gas production to it. Compared to the rest of the world.
The solar radiation rate in Saudi Arabia is estimated at about 200 hours per month, while in Europe the solar radiation is equal to 90 hours per month. Investing in solar energy in Saudi Arabia is a good step and an initiative undertaken by the Saudi government to produce an energy crisis. 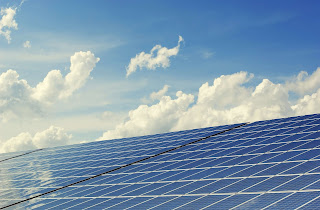 For this purpose, Saudi Arabia has built the largest manufacturer of solar panels in the Middle East, specializing in the manufacture of solar panels in partnership with Softbank, Japan, to develop a project to exploit solar energy in the Kingdom with the goal of producing 200 gigawatts of electricity by 2030.

For this purpose, Saudi Arabia has built the largest manufacturer of solar panels in the Middle East, specializing in the manufacture of solar panels in partnership with Softbank, Japan, to develop a project to exploit solar energy in the Kingdom with the goal of producing 200 gigawatts of electricity by 2030.

The research center of King Abdulaziz City for Science and Technology in Al-Uainah is considered the first scientific and production station that was established in the year 1980 under the name of the solar village project, in order to provide electricity with a capacity of 350 kilowatts to some villages around the city of Riyadh at that time, which is the ِAloyayna, Aljubaila, and the Alhijra. Then the center evolved to represent the first experimental research station for the implementation of solar energy projects at the local and regional levels.

The engineers at the factory perform a hundred and forty tests on the solar panels like :
Cell combustion resistance test, sandstorm tolerance test, and other tests conducted in harsh conditions to ensure the panels conform to international quality standards IECRE (certification for PV systems).

What the project is facing is the Chinese panels that have cheap prices that are sweeping the Saudi and Gulf markets, which will lead to stopping the manufacture of panels in Saudi Arabia.

The idea of ​​renewable energy began to gain momentum recently, with Saudi Arabia and other Gulf countries heading to study ways to reduce the electricity bill and diversify energy sources away from oil. Riyadh has set a goal to produce most of the energy needed from renewable energy by 2030.

When completed, Mohammed bin Rashid Al Maktoum Solar Park will be the world’s largest single-source strategic renewable energy project with plans to reach a production capacity of 5,000 megawatts, with investments of 13.6 billions of dollars.
When completed, the complex will contribute to reducing 6.5 million tonnes of carbon emissions per year and will greatly contribute to the implementation of the Dubai 2050 Clean Energy Strategy to increase the share of clean energy in Dubai’s total energy production to 75% by 2050. The project will use the latest solar panels from bifacial PV modules that allow the use of reflected sunlight at the front and rear, with a uniaxial solar tracking system to increase energy productivity.