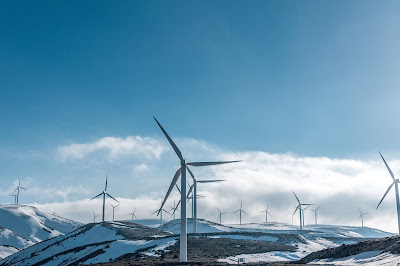 Morocco is endowed with real advantages

Morocco is endowed with real advantages, notably by its strategic position at the heart of an energy hub (connection to the Spanish electricity network by two 400kV / 700 MW lines).

The prospects for the development of the renewable energy sector in Morocco are very favorable thanks in particular to:

As part of its energy strategy, Morocco is embarking on a vast wind energy program, to support the development of renewable energies and energy efficiency in the country. The Moroccan Integrated Wind Energy Project, spread over a period of 10 years for a total investment estimated at 31.5 billion dirhams, will allow the country to increase the installed electrical power, of wind origin, of 280 MW in 2010 to 2,000 MW by 2020. 8 The development of 1,720 MW of new wind farms by 2020 is planned as part of the wind project:

The objectives of the wind program are

787 megawatts (MW). It is the cumulative installed wind energy capacity recorded in Morocco at the end of 2015, according to a report published by the Global Wind Energy Council (GWEC). The kingdom thus ranks third in the ranking of the largest African and Middle Eastern wind markets, behind South Africa (1.471 MW installed) and Egypt (810 MW).

A Big project will start in Algeria  The Purpose behind the  Desertec Project is to be a vast network of solar power plants in the Sahara Desert. Unlike decentralized solar panels on roofs that provide solar energy to individual houses, Desertec is a project with a much wider scope.His perception is massive solar power plants…

One of the largest energy projects on the globe is in India!  Specifically South India. 2.5 million solar panels. The total output is 648 MW of power. 574 Inverter to convert DC to AC. More than 6000 km of cable carrier. More than 150 high-pressure electrical transformers. Area:10 square kilometers. Energy issue has become a…

Pakistan, A new plan to build more renewable energy facilities Pakistan has recently initiated a plan to commence the installation of fresh solar and wind plans which will increase its capacity to generate clean energy to about twenty percent. The plan has been necessitated by the need to reduce its reliance on conventional energy sources…

Solar Energy In Egypte   The largest gathering of solar energy stations was opened in the Banban area of ​​the Egyptian Aswan Governorate.Solar panels cover a very large area in a desert region so much so that it has a clear view of space. This area is part of the Benban complex for the production…