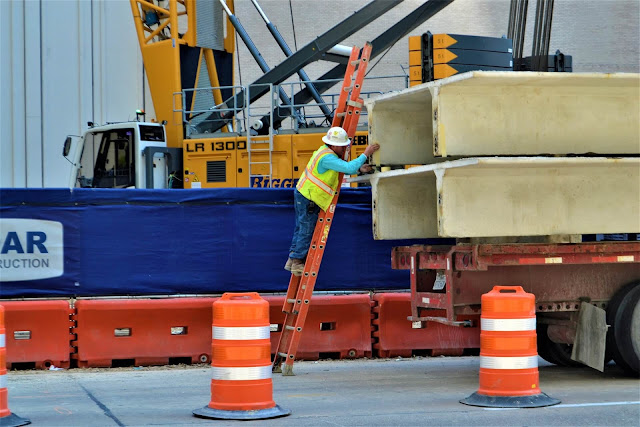 #1-WHAT IS A CONFINED SPACE?

Confined spaces are generally cramped occasional workspaces, used only for repair, maintenance, control of installations and equipment, totally or partially closed, with restricted means of access.

An environment is considered as confined spaces any enclosure whose natural ventilation is deficient, in which one enters occasionally to carry out its maintenance, its repair and/or its cleaning and which is constructed in such a way that dangerous contamination of The atmosphere cannot be avoided or eliminated by ventilation through openings in the enclosure.

Confined spaces  are characterized by difficult and dangerous working conditions:

#2-THE MAIN RISKS OF WORKING IN CONFINED SPACES

The accumulation of toxic gases, flammable vapors, dust, or a lack of oxygen (hypoxia, anoxia) is an obvious risk in an enclosed and insufficiently ventilated space.

Hydrocarbon vapors can cause anoxia or asphyxia due to lack of oxygen, with the discomfort that can be fatal: these situations are encountered with gaseous hydrocarbons or vapors of highly volatile liquids in high concentrations

Contact with wastewater containing microorganisms, during operating or maintenance work in confined spaces (especially in sewers …), expose workers to a wide variety of pathogenic biological agents with the possibility of contamination.
Confined, humid environments close to local household garbage drains, sewer basements, basements, or unhealthy sanitary warehouses, in which heating pipes and installations are frequently found, are conducive to the proliferation of infectious bacteria-viral agents.

1-Slips, loss of balance are often caused by defective floors or stumbling against an unidentified obstacle, by delicate access (ladder of a well or narrow staircase), for lack of good lighting in a space not provided for usual work.

2-Travel in a confined environment on often uneven, congested, poorly lit, wet, and slippery ground, induce many risks of trauma: wounds, fractures, and sprains due to falls on the same level, cuts in the hands and feet, foreign bodies in the eyes …

3-Falls from a height are caused by the degraded state or the absence of steps or by deteriorated access steps.

4-The constraining work postures in a cramped space (twists, squatting, kneeling or even lying down, arms in the air …), cause very frequent musculoskeletal disorders at the origin of many accidents at work: spine, pain in wrists, shoulders, etc., as well as trauma to the knees and ankles, are particularly common.

Electrical equipment, devices, and cables in a confined environment can be old and poorly maintained. In addition, the necessary power supply requirements, in particular for the operation of all electrical tools, lights, and temporary sockets require battery packs for maintenance teams.

The possibility of contact with electrical conductors and bare live parts is very serious, especially in a humid environment. Electrocution by contact with a live conductor or by using poorly maintained tools or faulty sockets can be deadly.

The spread of fire in a confined environment is a formidable risk, especially with the presence of hydrocarbons (fuels or organic solvents), methane, leakage from a natural gas pipeline, and combustible dust. All combustible dust, including those grain in silos, may explode or burn. The concentration of dust must reach a minimum explosive threshold in a restricted and confined volume.
The main dangerous consequences of an explosion or fire are the traumas possibly linked to bone damage, skin burns, of varying degrees but often severe with fires in confined spaces.

1-The sources of noise in confined spaces are amplified by the reverberation of the acoustic waves on the walls, creating a noisier environment: noise pollution results in hearing effects such as deafness with temporary or permanent hearing loss, buzzing, but also non-hearing like impacts on fatigue and stress.

2-Exposure to heat or cold is encountered in occupations operating in a confined environment: little air circulation, air pollution, high humidity, are aggravating factors of the thermal risk: risk of malaise general and muscle cramps in case of high heat, frostbite, and skin or vascular lesions in case of cooling of the extremities, reduction in dexterity and muscular performance, inability to perform fine movements, reduced mental alertness due to the discomfort caused by cold or heat

The risks of anxiety, of claustrophobic panic, are inherent in the situation of confinement in a closed space: they follow instinctive and uncontrolled behaviors which aggravate the dangerousness of the activity with inappropriate reactions when faced with an unforeseen situation or perceived as dangerous.

Does not exist and is not likely to exist:

Existed or was likely to have existed:

Actually exists or is likely to exist:

#4-PREVENTION OF THE RISKS OF WORK IN CONFINED SPACES

Confined environments represent significant hazards to the health and safety of workers who may be exposed to various risks inherent in the fact that the space in which they operate is closed, cramped, unsanitary, with difficult to access and impractical exits.
The contained environment can be polluted by toxic, flammable, or oxygen-depleted dust or vapor.

The danger of working in a confined environment requires that the employer draw up a census of the enclosed spaces concerned and a program that defines all the measures to be taken to carry out work in such a place, before and during the intervention, as well as the procedures. evacuation in the event of an accident.

It should also be ensured that workers are empowered to enter confined spaces, are trained to work in it safely, and that they have adequate protection and communication equipment at their disposal.

Among the appropriate collective prevention measures we have:

By these measures, we can reduce the exposure to the risks mentioned above and greatly reduce these occupational risks of work in confined spaces.

#5-IDENTIFICATION AND ASSESSMENT OF DANGERS OF CONFINED SPACES

List, locate, report the confined spaces of the workplace, then describe and assess their dangers is a prerequisite: the assessment must be made taking into account the physical, chemical and biological risks intrinsic to the confined space (presence gas and dust …), but also those generated by the activity that can be carried out there (welding, cleaning purge …)

#6-PREPARING FOR THE INTERVENTION IN A CONFINED SPACE

The organization before the intervention in the confined environment guarantees the safety of the activities that must take place there:

Procedures should be clear and specific on the means to be implemented (authorized access, consignment, ventilation, protective and measuring equipment, surveillance, possible evacuation …), especially when it comes to preventive maintenance, control, and routine maintenance.

Permit to enter in the presence of a supervisor

The establishment of a confined space entry permit for the worker and the presence on the premises of a qualified person to monitor the smooth running of operations are essential: this permit is issued to ensure that the practitioner knows the checks to be carried out before entering an enclosed space. The supervisor knows the safety and emergency instructions in the event of an accident.

When you’re growing your business, the last thing you want to deal with is a workplace accident or injury. Accidents in the workplace can lead to not only physical harm but also undue stress and hardship for employees and employers.

To prevent accidents from happening, start with general awareness and understanding of the safety risks in your work environment. Then, you’ll need to pair that knowledge with an action plan for accident prevention to make sure the potential risks you’ve identified do not introduce harm to your workplace.

The learning objectives of this video are:

Table des matières  #1 EAT LOCALLY#2. SWITCH TO REUSABLE BAGS #3. SAVE POWER#4.SAVE WATER#5.RECYCLE  #6.SPREAD KNOWLEDGE ON HOW TO BE AN ECO-FRIENDLY LIFE SUPPORTER   We often discuss renewable energy and switching to solar power to help preserve our environment, but going eco-friendly life doesn’t have to be that time-consuming and costly, there are little steps that…

Table des matières Environmental Organizations and Clean Energy centers IRENA IRENA is a worldly organization that helps countries lead their transition to a sustainable energy future, and constitutes the main platform dedicated to international cooperation, as well as a center of excellence and a repository for policies, technologies, financial resources and knowledge in renewable energy. It…